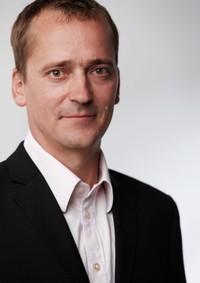 Michel graduated from The University of Auckland, NZ and completed his training in Otolaryngology, Head and Neck Surgery with The Royal Australasian College of Surgeons in 2005.

He was awarded a fellowship at the Skull Base and Auditory Implant Unit in Manchester, UK for one year in 2006, where he was involved in skull base procedures including acoustic neuroma surgery, auditory implant surgery [cochlear implants (CI), brain stem implants (ABI), Bone Anchored Hearing Aids (BAHA)], oncological surgery involving the posterolateral skull base as well as otological and general ENT surgery.

In 2007 he spent time at the Cincinnati Children’s Hospital in Cincinnati, USA to further his skills in the management of paediatric ENT disorders and the paediatric airway.

This specialist profile information has been provided by https://www.healthpoint.co.nz, helping people better understand and use New Zealand health services.

This tool is intended for use by those about to undergo an elective surgical procedure.

Admission to hospital to undertake treatment puts you at HIGH risk of BLOOD CLOTS. If any of the following apply, YOU are at HIGHER RISK of developing a blood clot. Please note that there may be other factors which could increase your risk of blood clots. Please raise any issues of concern with your GP or treating medical specialist.

Select below as many of the points that apply to you.