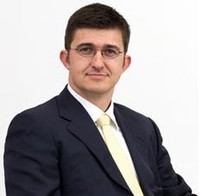 Misch has always had an interest in medical research. He has written book chapters, presented at international urological meetings and published widely in many urological journals, serving on the editorial board or as a reviewer for several of them. He is currently involved as a clinical trials investigator at North Shore Hospital in a number of ongoing studies, mostly in advanced prostate cancer.

Misch underwent medical training at the University of Auckland, graduating in 1995. His subsequent postgraduate experience has largely been in New Zealand, with short stints in South Africa, Western Samoa and the United Kingdom. He became a Fellow of the Royal Australasian College of Surgeons in 2005.

Misch has developed particular interests in urologic oncology (cancer management) and laparoscopic (keyhole) surgery, with extensive overseas postgraduate training. He spent two years at the University of Toronto, based at Toronto General, Princess Margaret and Sunnybrooke Hospitals. This was under the supervision of programme directors Professor Laurence Klotz and Professor Michael Jewett, recognised as being amongst North America’s foremost urologists. The programme was designed and accredited by The Society of Urologic Oncologists and provided extensive exposure to the diagnosis and management of all aspects of kidney, bladder, prostate, penile and testicular cancer. Following this he relocated to England for a year to focus exclusively on advanced laparoscopic training with the United Kingdom’s most well-known and respected laparoscopic urologist, Mr Christopher Eden.

This specialist profile information has been provided by https://www.healthpoint.co.nz, helping people better understand and use New Zealand health services.

Other Specialists in Urology

This tool is intended for use by those about to undergo an elective surgical procedure.

Admission to hospital to undertake treatment puts you at HIGH risk of BLOOD CLOTS. If any of the following apply, YOU are at HIGHER RISK of developing a blood clot. Please note that there may be other factors which could increase your risk of blood clots. Please raise any issues of concern with your GP or treating medical specialist.

Select below as many of the points that apply to you.